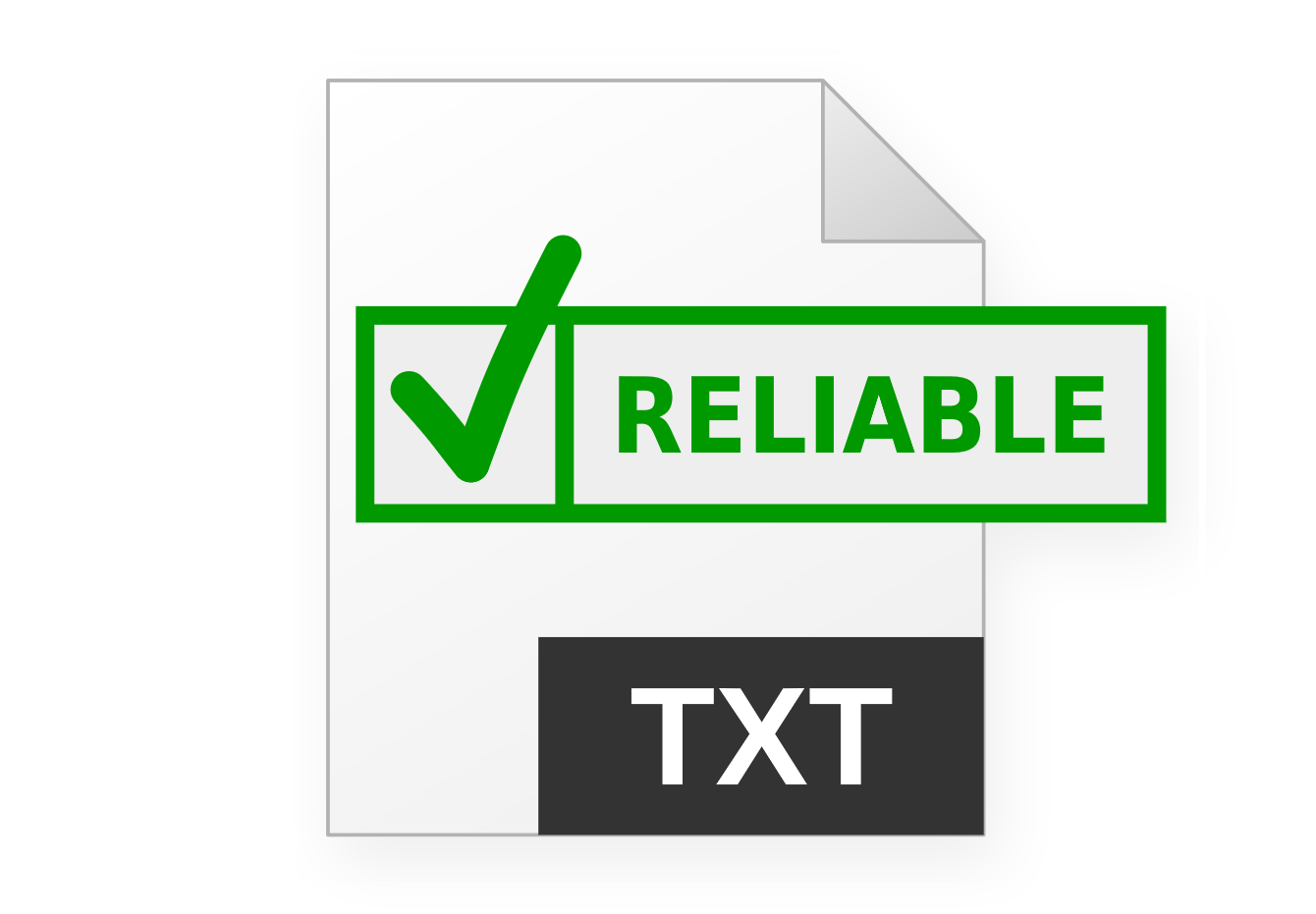 Reading arbitrary text files, without knowledge about how they were written, is an ambiguous process. Without knowing the exact encoding scheme and line break convention, that was used to write the text file, assumptions have to be made during the reading process. These assumptions however introduce an uncertainty, that the text file could be falsely read and therefor data could be misinterpreted.

Especially text files that use an encoding, which does not have a defined preamble or omits its preamble, cause problems when reading their content. In such cases an algorithm has to go over the data and guess which encoding might have been used. Also problematic are encodings, that don't have clearly distinguishable preambles, and therefor as well an algorithm has to try to determine the used encoding.

What do you need to do?

Save your text files with:

ReliableTXT builds the foundation for:

Watch this short summary of ReliableTXT:

Find an implementation for your programming language: Libs

Load a ReliableTXT document from memory